Down Cycle is part of our commitment to do business in a more sustainable way. It began in 2017 with the introduction of 100% post-consumer recycled down into our Earthrise range of clothing but also includes a much more ambitious plan to create a functioning closed loop recycling system, ensuring down clothing and sleeping bags which are either unwanted or at the end of their life do not simply get thrown away. 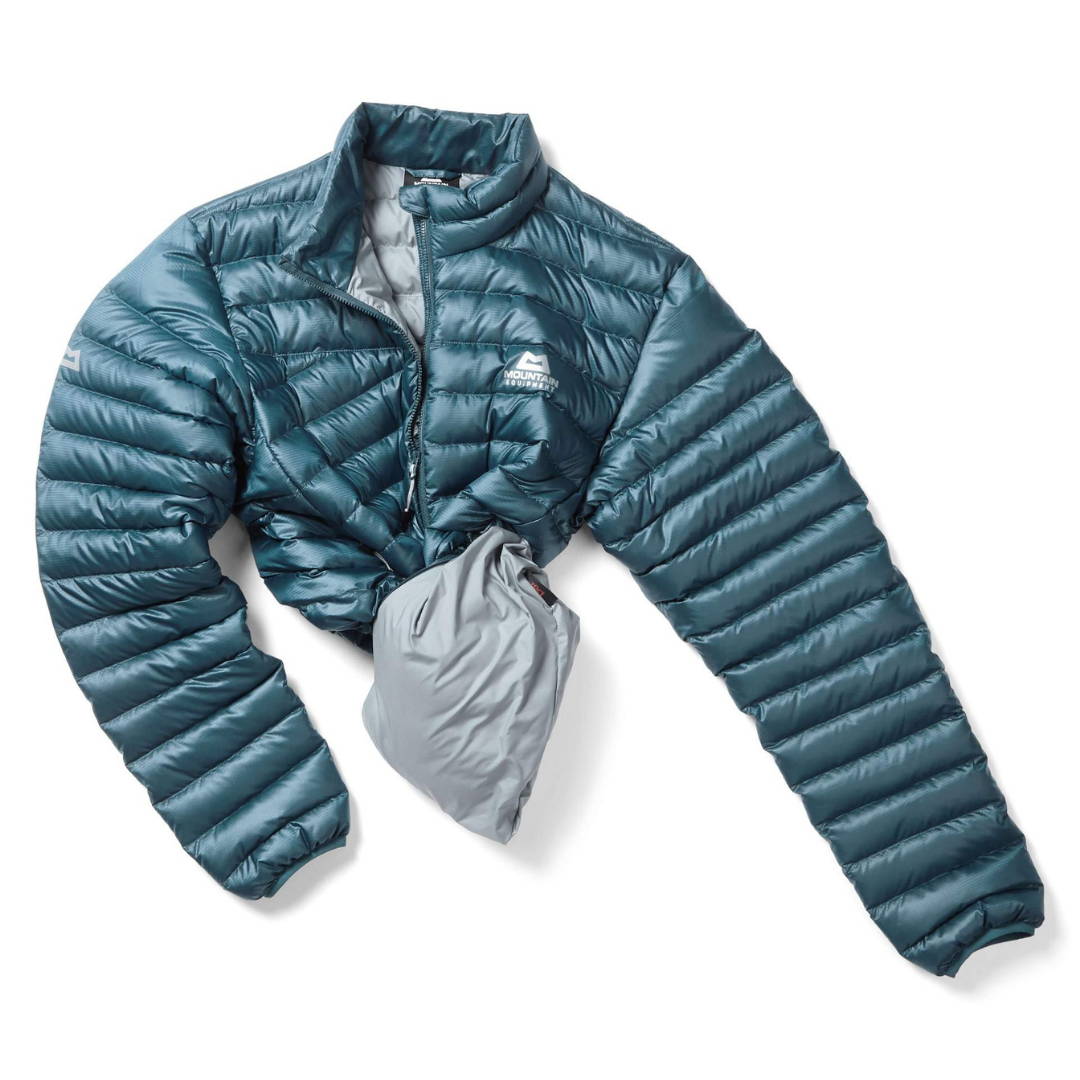 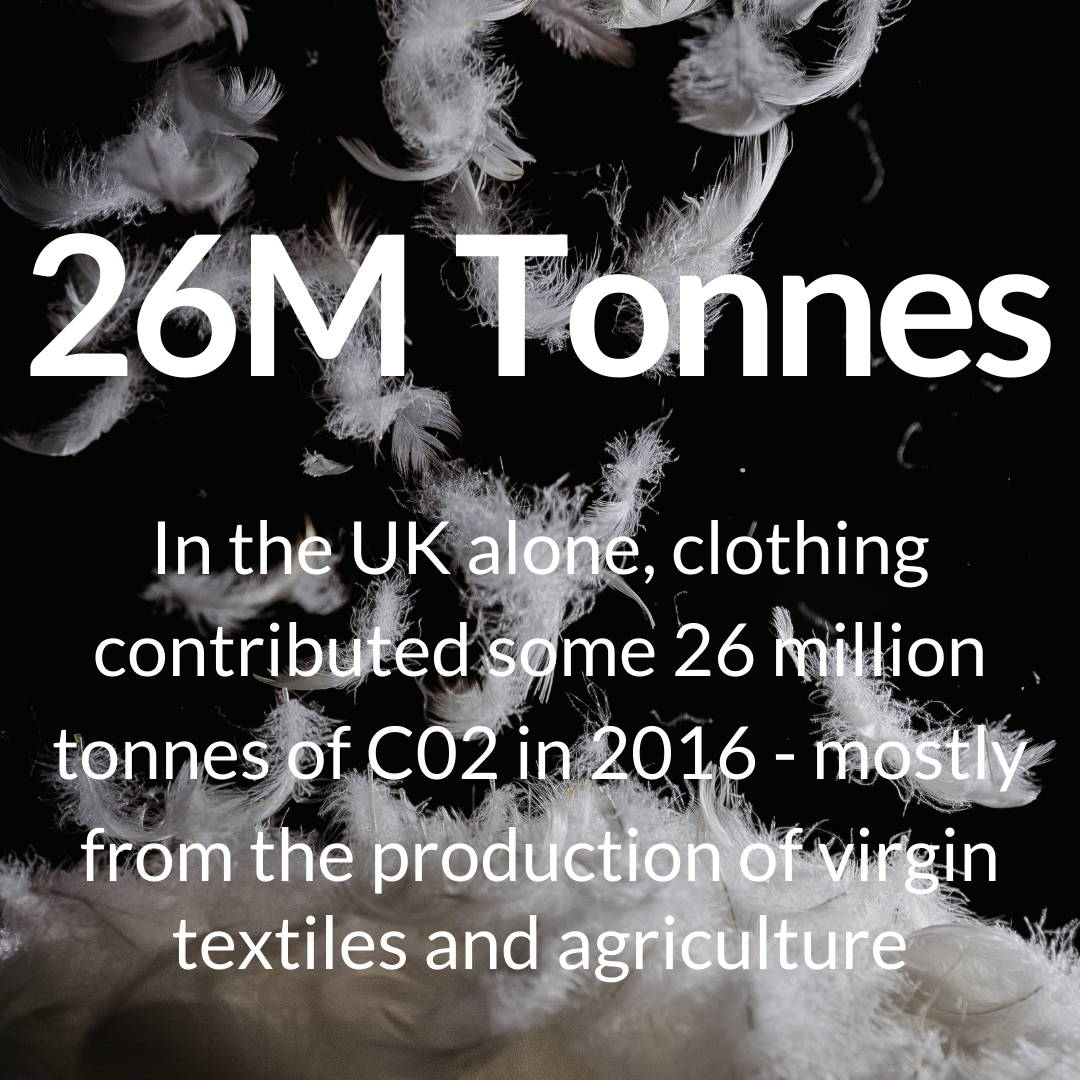 The manufacturing and use of clothing and equipment is a significant contributor to carbon emissions, uses valuable natural resources, contributes to environmental pollution and degradation and of course leads to waste.

Down clothing and equipment is no exception and despite the fact that down itself may be biodegradable, throwing it and everything else that goes into a finished product into landfill or incineration it is still a huge waste.

Also, unlike some other technical outdoor products, down-filled products can from a technical perspective be recycled very successfully - in fact up to 95% of a down garment or sleeping bag can usually be recycled in one way or another. Doing so prevents products needlessly being sent to landfill or incinerated and plays a big part in reducing the use of inputs associated with both virgin down and textiles. 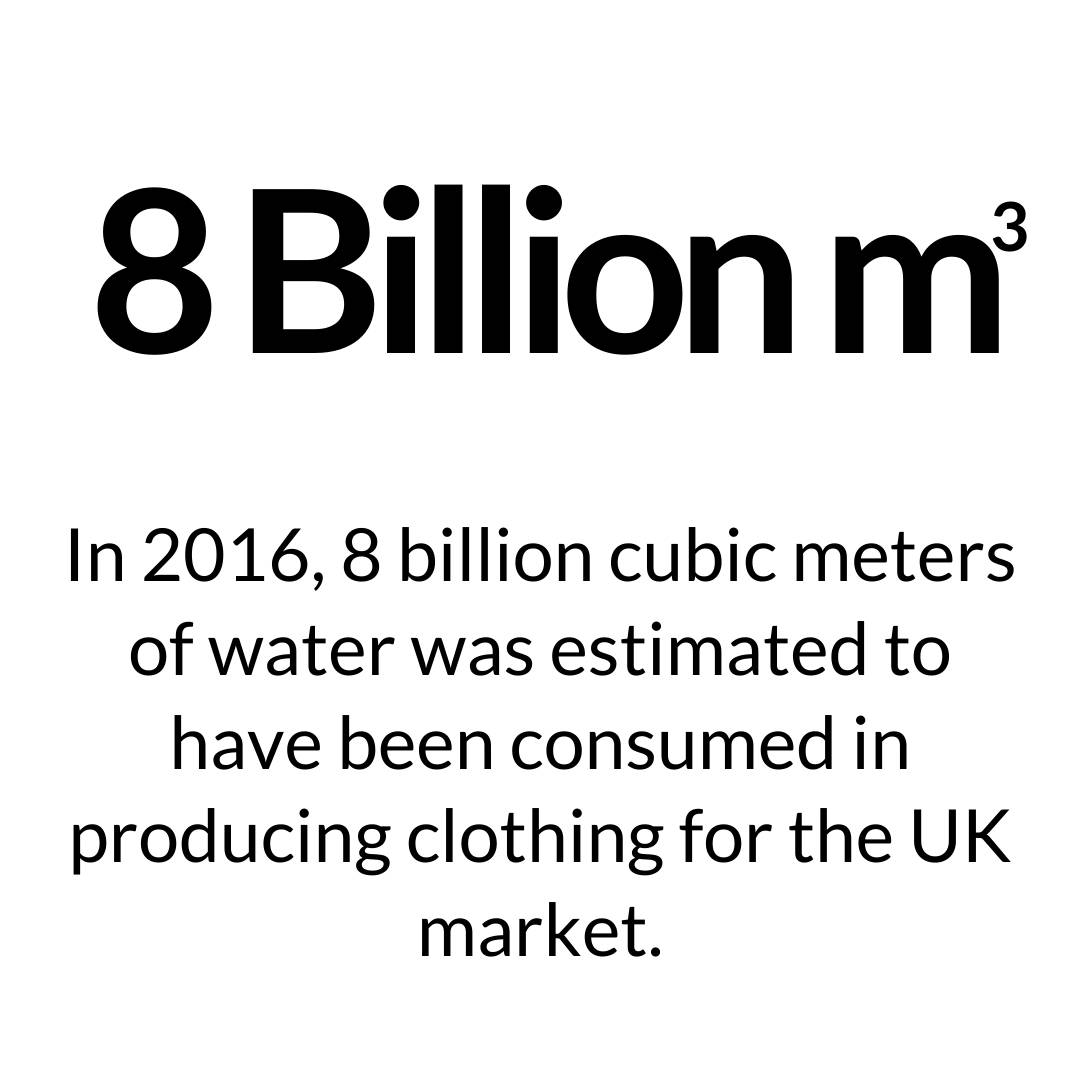 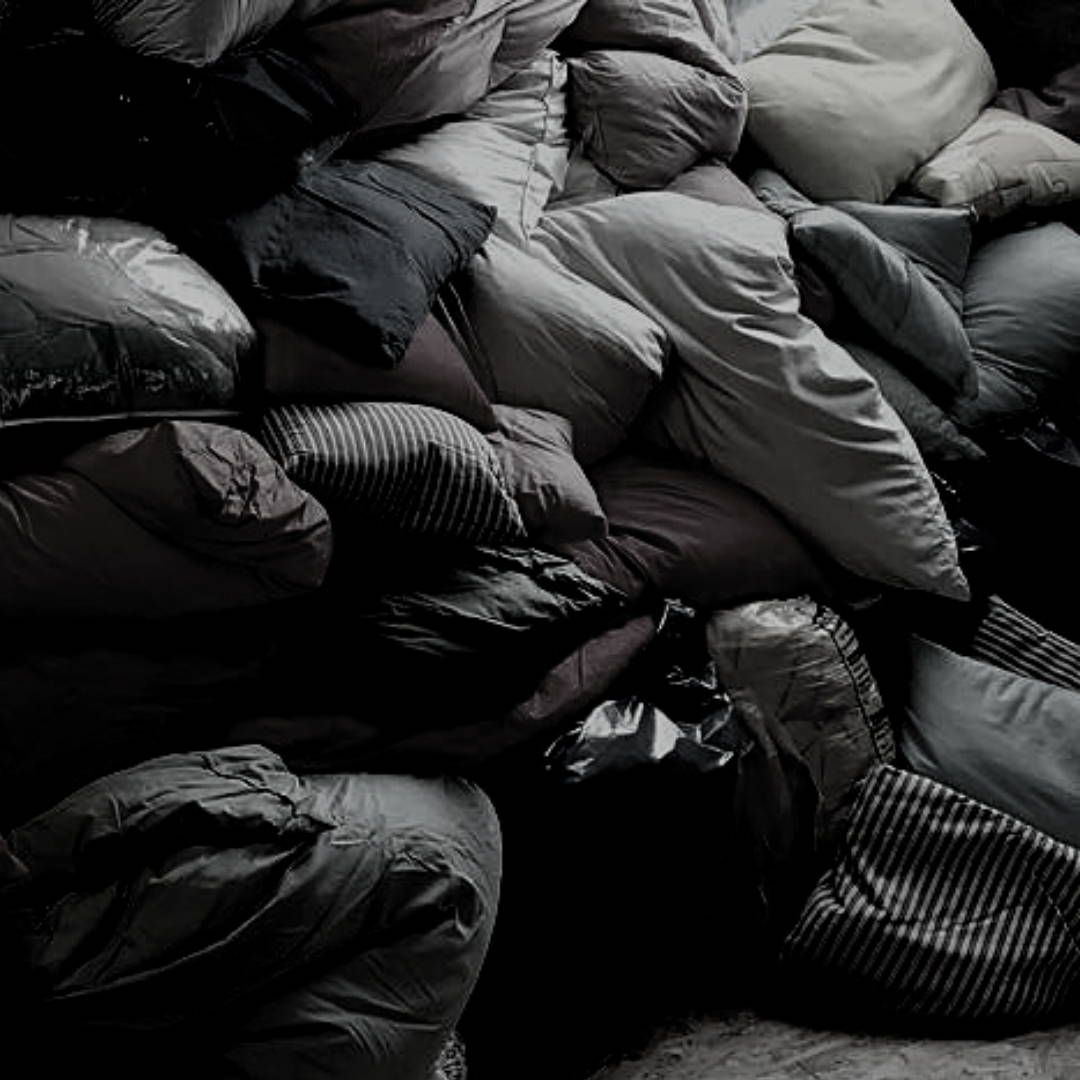 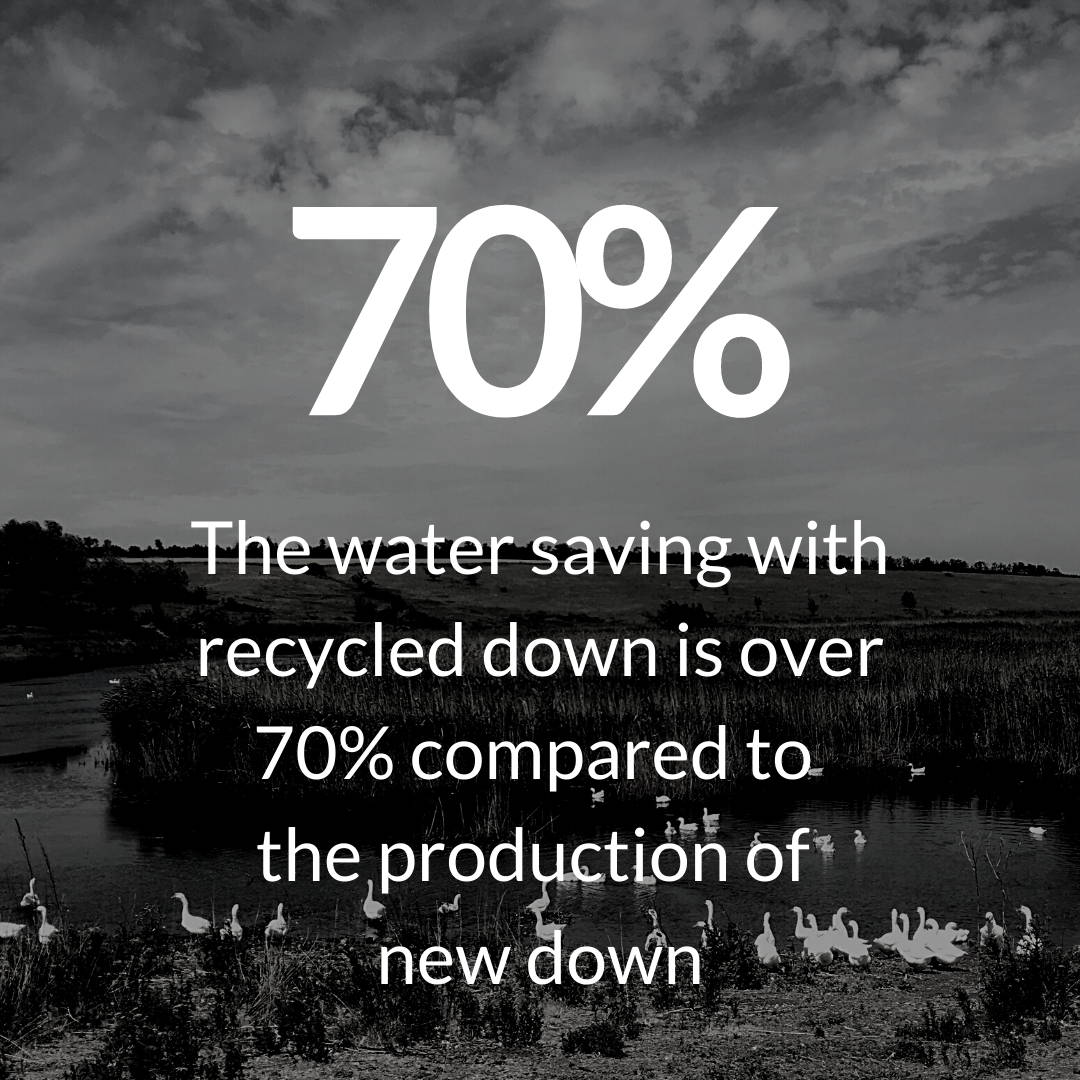 Of course, recycling or buying recycled garments is only part of the solution. It is worth stressing that the single best thing we can all do is to consume less and make what we have last longer. However when the time comes that you do need to dispose of something or really do have a requirement to buy something new, choosing to recycle or buy recycled does make a real difference.

Ultimately, producing more sustainable outdoor clothing and equipment involves a delicate balancing act; taking into account the total impact or footprint of that product including how it will be used and how long for. 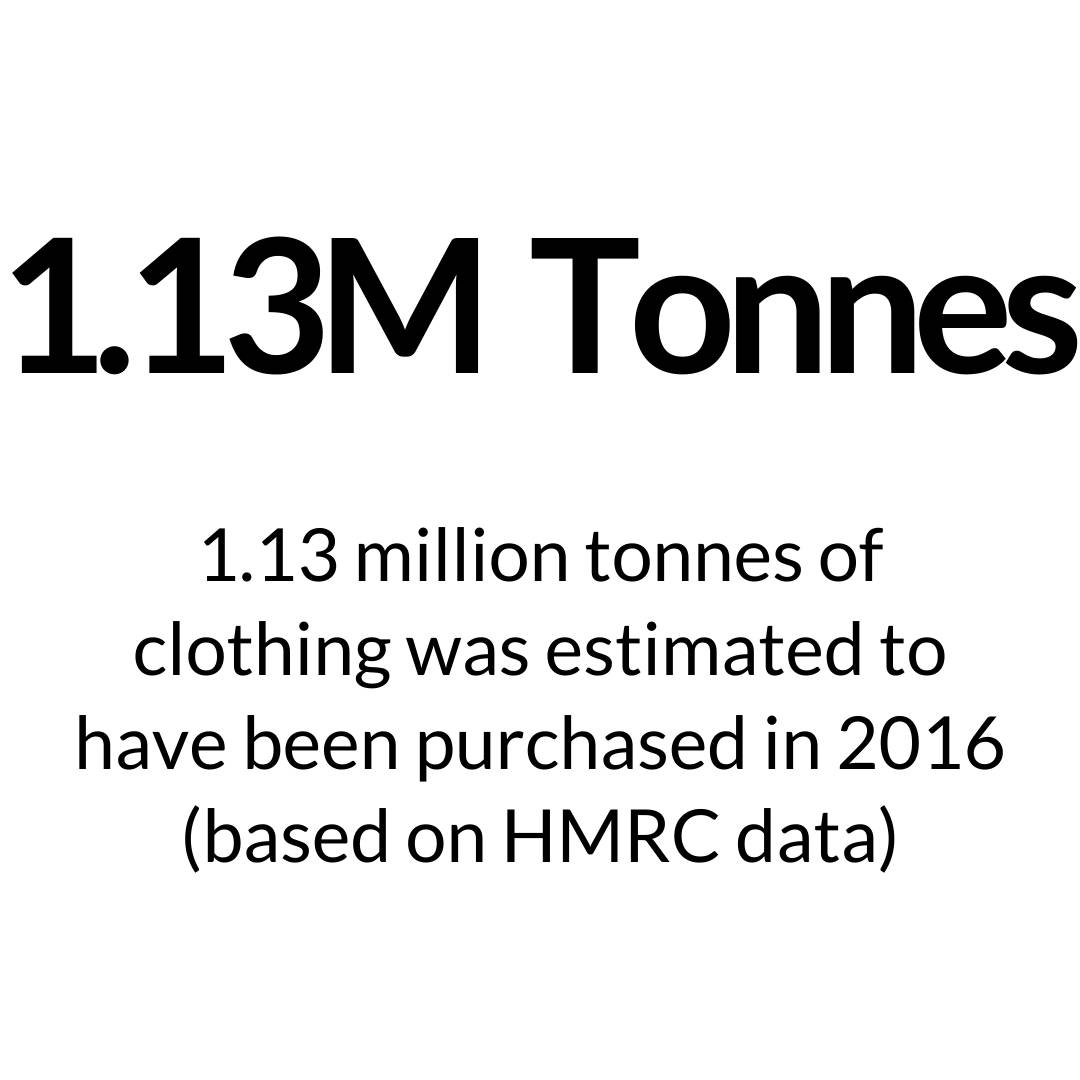 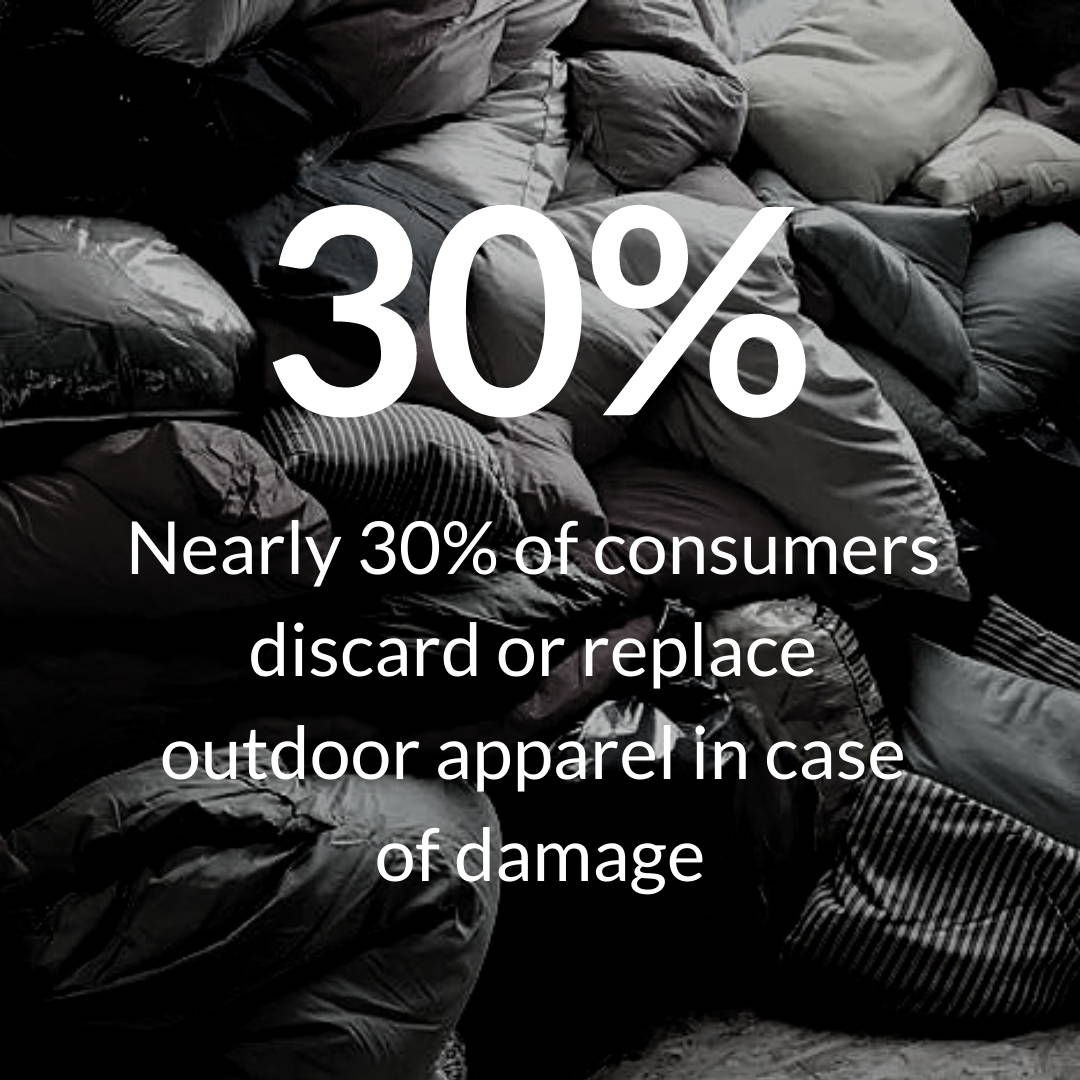 Encouraging us all to recycle useable but worn products isn’t green, it is greenwashing. Recycling only works alongside meaningful steps to reduce consumption. That means taking care of the products we do buy; caring for them appropriately, washing them but only when necessary and repairing them when they become damaged. Above all else it means valuing products for what they have done and the places they have been.

Caring for Down Products

Starting the cycle: Introducing 100% recycled down

The recycled down we use comes entirely from post consumer goods - unwanted clothing and bedding collected by waste recycling companies throughout Europe.

The qualities that make virgin down such a good insulator in the first place also contribute to its ability to be successfully recycled. It is tremendously resilient with a very long life-span and provided it is treated correctly and the use of aggressive chemicals avoided, can be successfully cleaned and rejuvenated to give performance close to that when new. All of the recycled down we use is guaranteed to be a minimum 85/15 700 fill power - the highest quality possible. 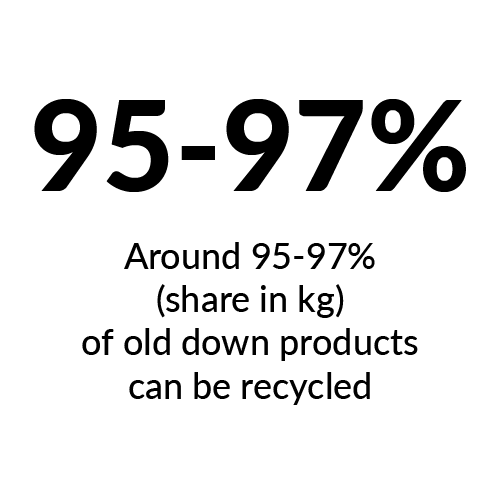 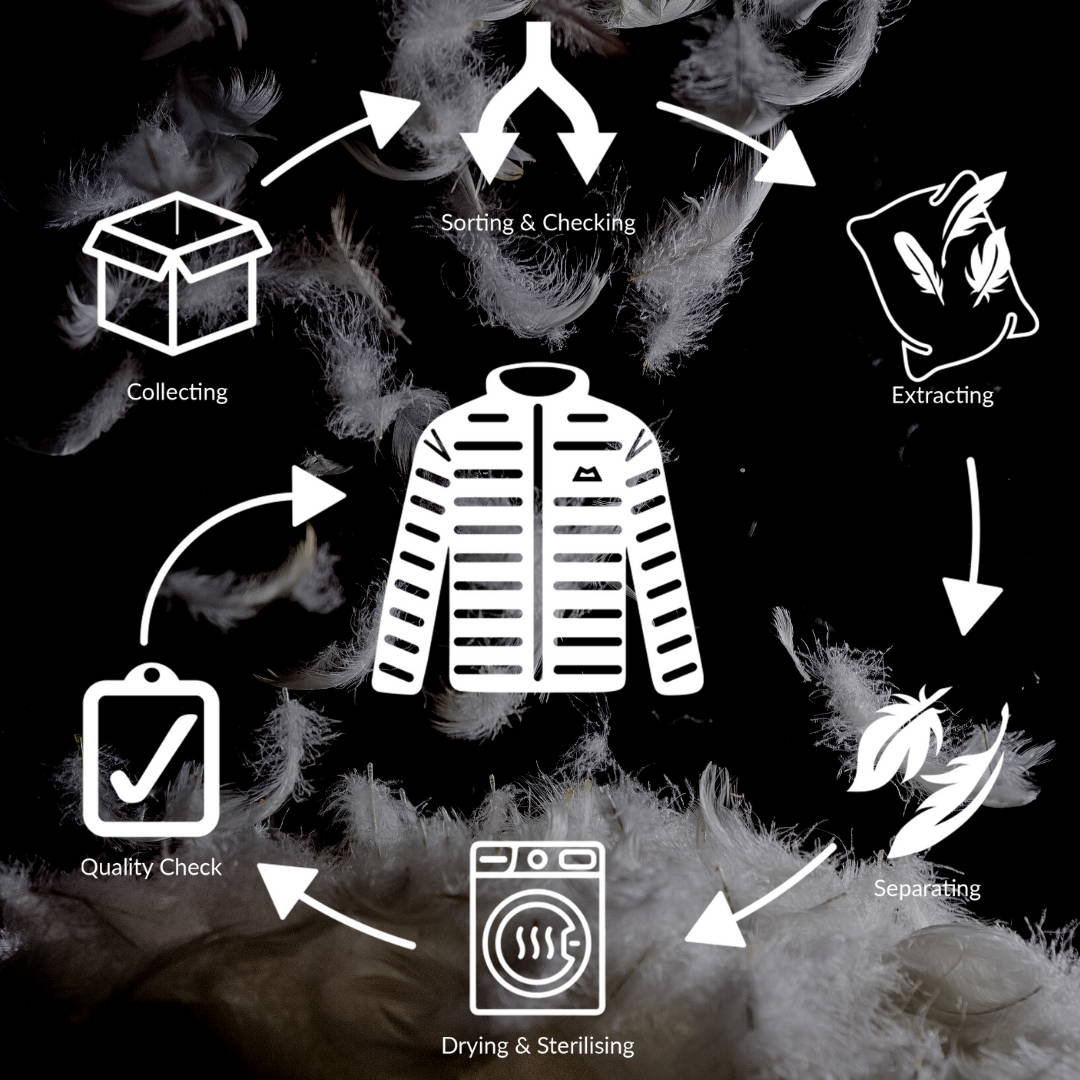 How is Down Recycled?

And the down that doesn’t make it into jackets or sleeping bags? It’s put to good use in bedding.

Outer upholstery fabrics from donated material are also recyclable, providing filling for sofas and car seats. Even the leftover dust can be combined with organic resins to produce fertilizer for crops. 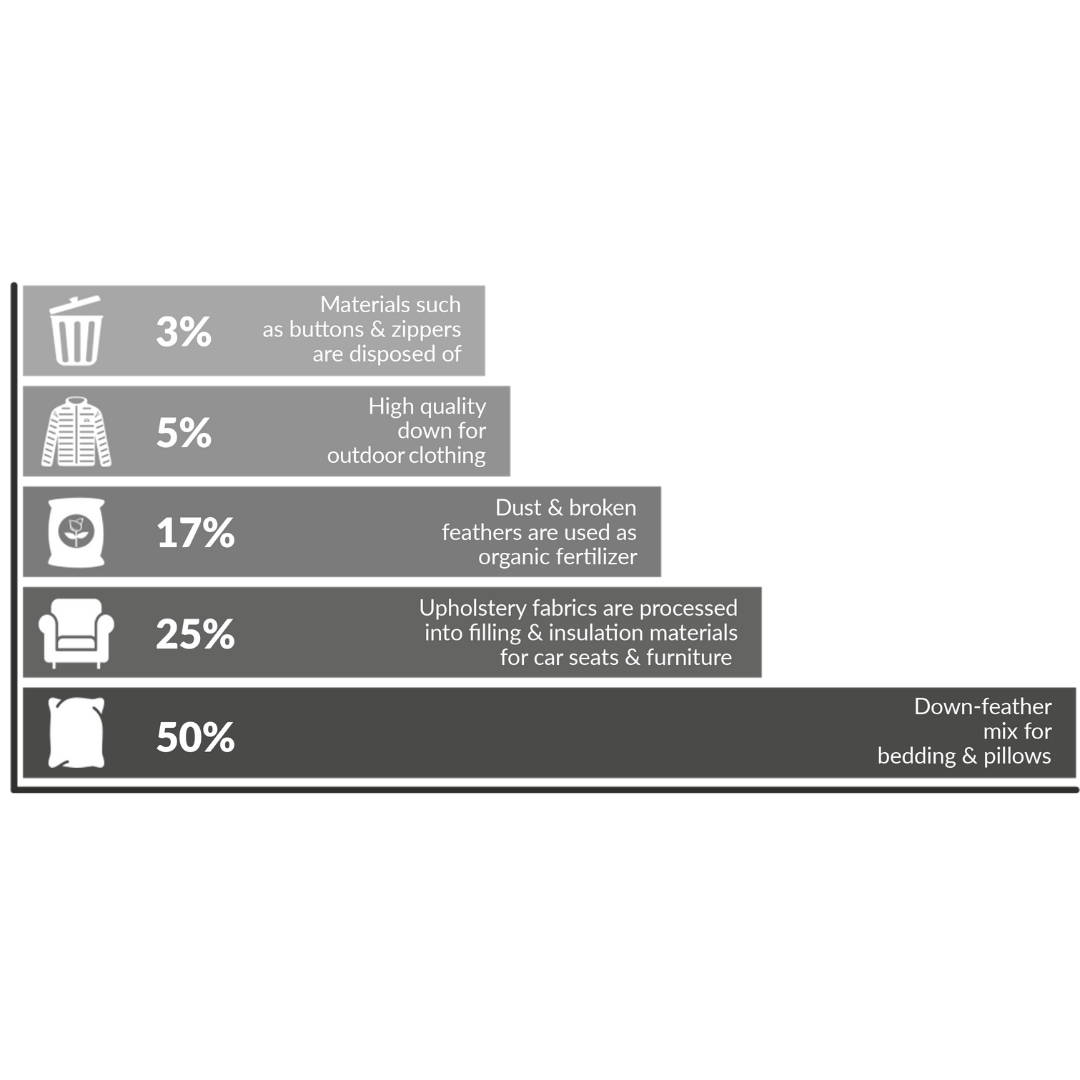 Closing the loop: Creating a community led, down recycling initiative

Choosing to introduce recycled down to our product ranges is and was just one part of our wider Down Cycle aspirations. The real goal remains to create a closed-loop recycling scheme, one that will actively ensure used outdoor products at the end of their life do not go to landfill or incineration and contribute to the production of newer, more sustainable products.

Our first big step on this journey began in 2019 with a joint initiative between Mountain Equipment, the youth wing of the German Alpine Club, the JDAV and down recycling company re:down. 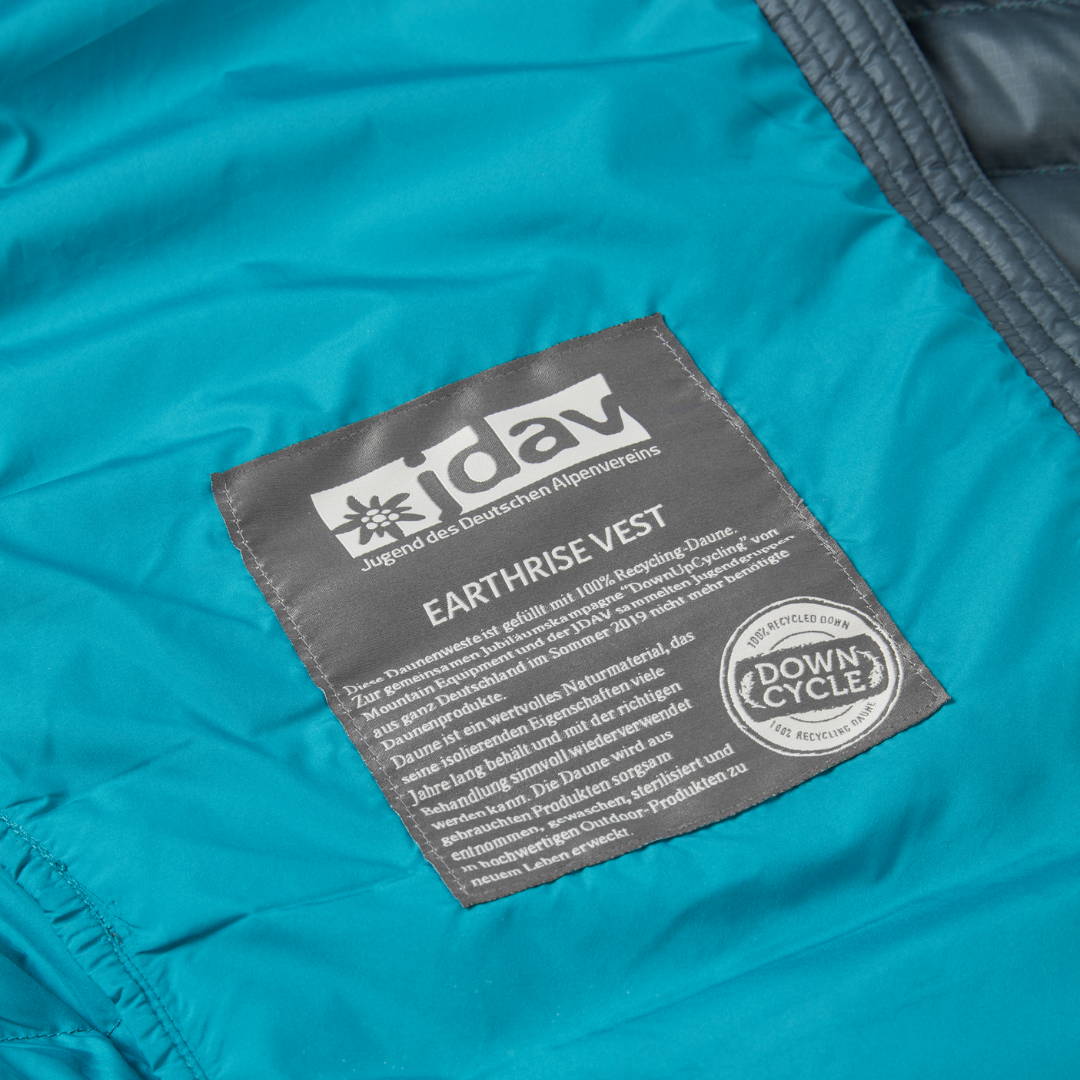 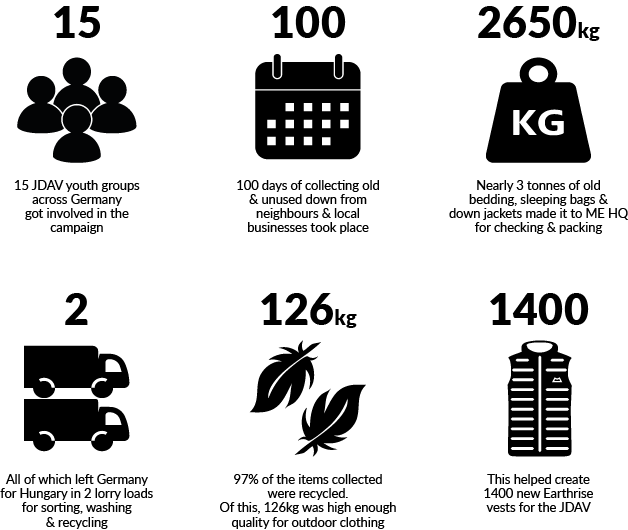 Helping to form part of their 100th anniversary celebrations, JDAV youth groups from across Germany were invited to take part in 100 days of campaigning and collecting down in their local communities. In total some 15 youth groups rose to the challenge and over the course of just 100 days, hundreds of boxes, and a few car loads of used down clothing and bedding made their way to our German headquarters south of Munich.

In total, their combined efforts resulted in nearly 3 tonnes of unwanted clothing and bedding being collected and sent for processing and sorting with the aim that some of that down would then make its way back into a limited quantity of exclusive Earthrise Vests. At the same time 10 groups were also awarded €5000 of funds for youth work, along with free rental sleeping bags and expedition equipment.

An excavation of the down mountain that accumulated in the Mountain Equipment offices in Germany revealed some hidden treasures. A down jacket from one of the first ever DAV expeditions had made its way home, along with an entire hotel’s worth of old bedding that one enterprising JDAV member had rescued from a local business.

In all, 2 lorry loads and nearly 3 tonnes of down made it to Hungary for recycling of which 126kg was of high enough quality to be used for our clothing. 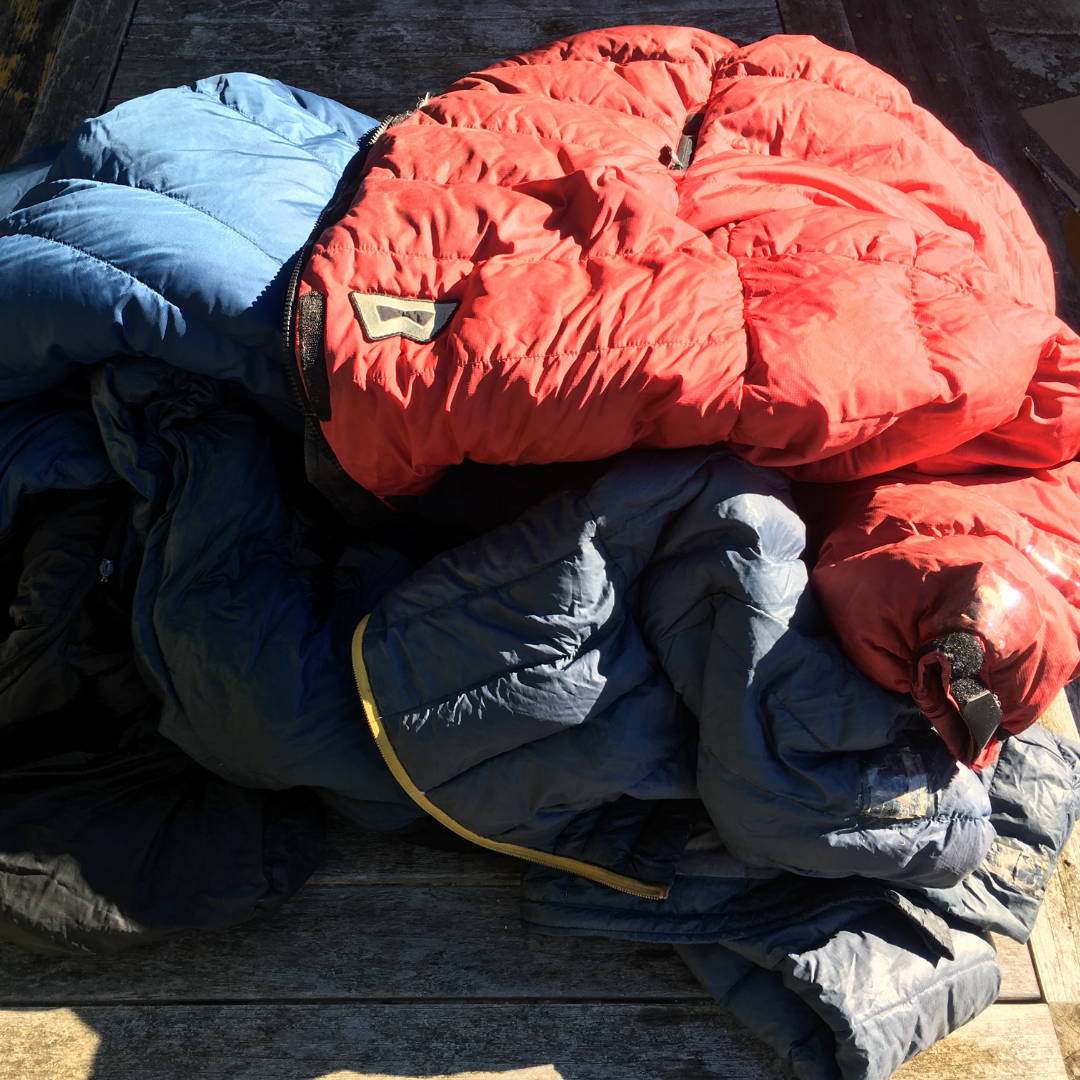 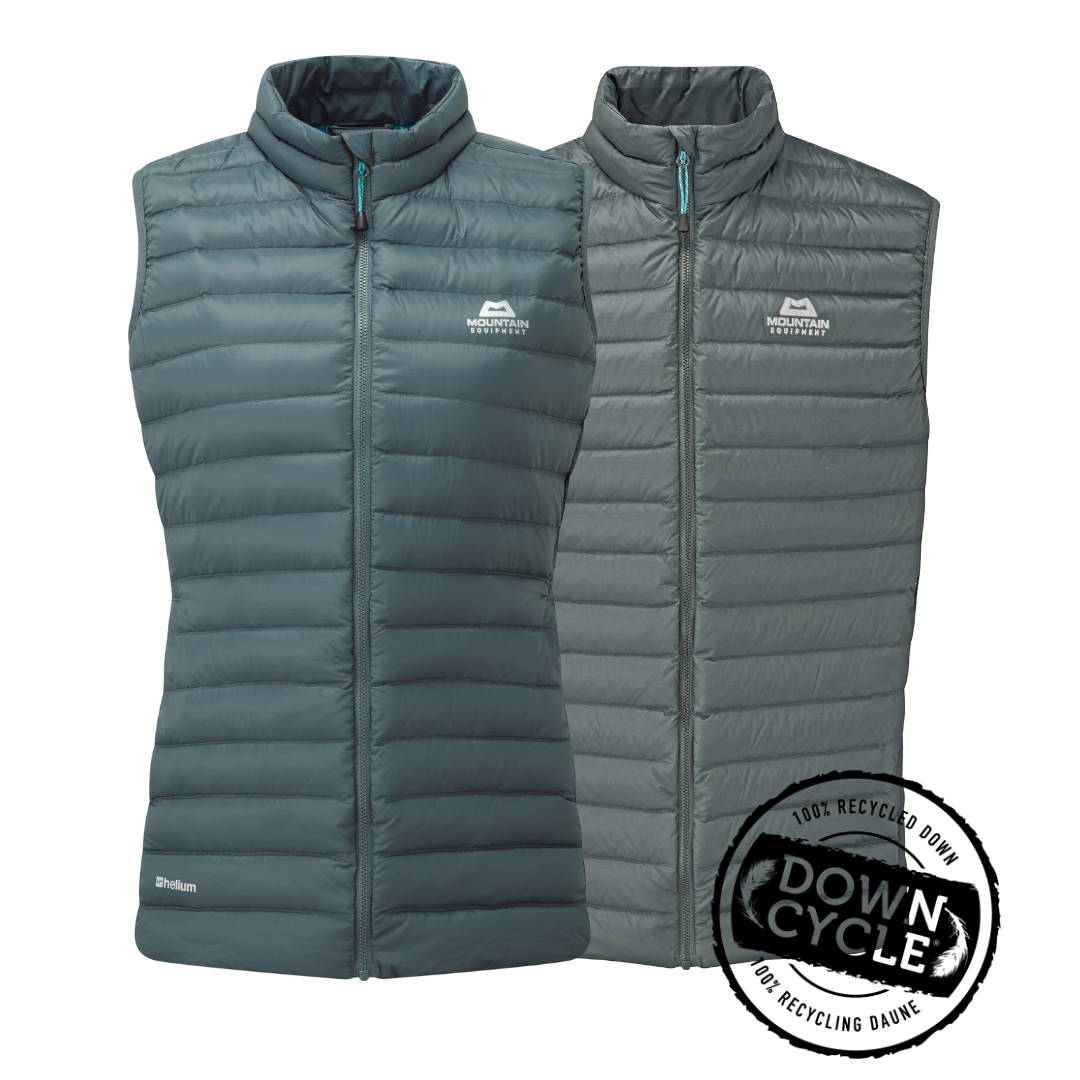 We want our initiative with the JDAV to be the beginning, not a one-off case-study. Establishing a recycling initiative took leg-work but even on a tiny scale it has demonstrated what can be achieved. To repeat this project with others and demonstrate that it can work at scale we need to convince more people to recycle and do so because it is the right thing to do.

Ultimately we want to create a fully closed loop system, collecting enough of our own products to sustain our needs for recycled down material and in the process doing all we can to produce less impactful products.

How can you help?

We are actively looking for individuals, organisations or retailers to help us in our goal of eliminating outdoor down clothing and sleeping bags being sent to landfill or being incinerated.

So if you think you can help or are simply looking for a home for an unwanted jacket or sleeping bag please get in touch. 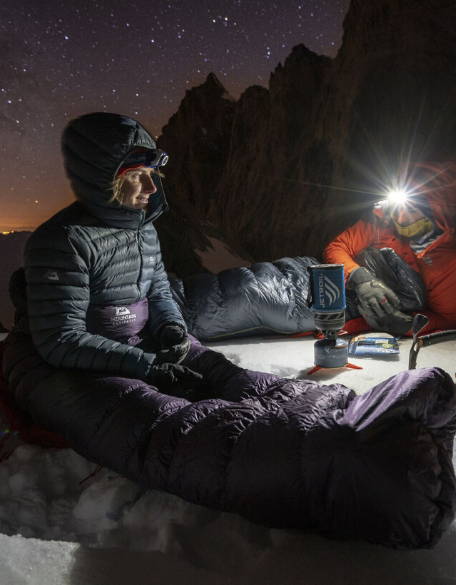 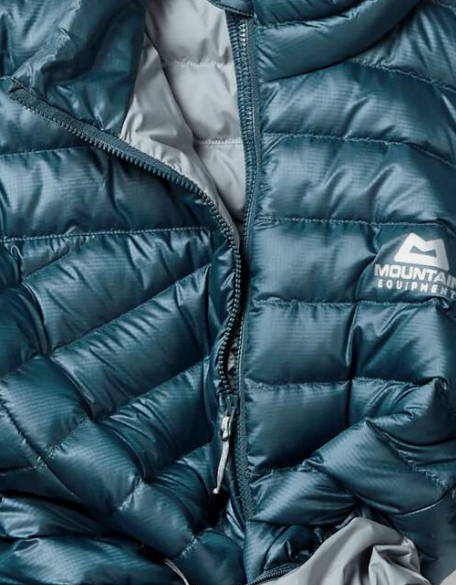 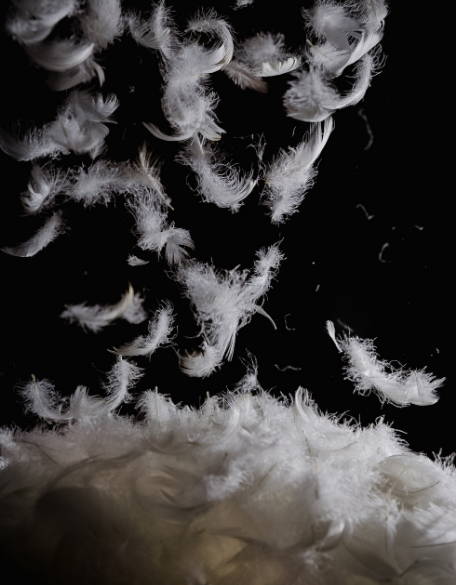 Our first down insulated clothing to utilise 100% recycled down as well as 100% recycled shell and lining fabrics. Recycling down reduces landfill and the raw material inputs associated with virgin down, and complements our Down Codex® project. 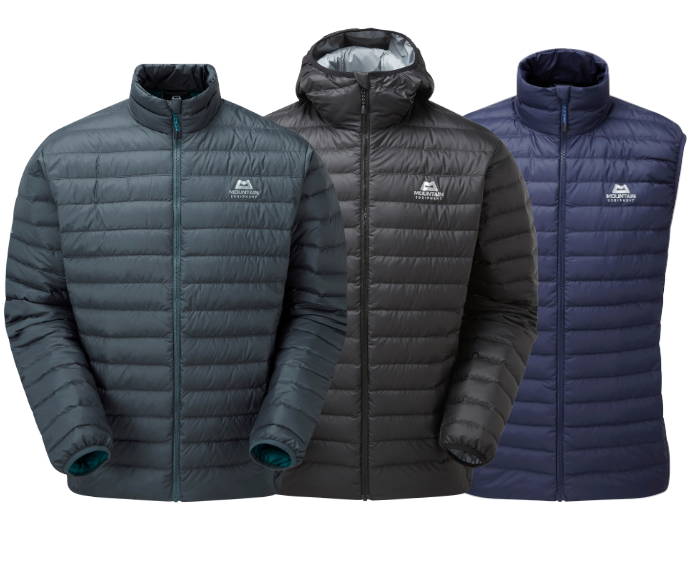